Director Hong Sang-soo’s 24th full-length film “The Woman Who Runs Away” unveiled overseas posters ahead of the official screening of the 70th Berlin International Film Festival.

With director Hong Sang-soo’s 24th feature film “Run Away” invited to the 70th Berlin International Film Festival’s Competition section, which opens on Feb. 20, the official screening schedule and overseas posters have been unveiled.

The movie will be shown for the first time as a press screening at the festival’s main theater, the Berlinale Palast, at 9 a.m. on Saturday (local time). The World Premiere will then be screened at 4 p.m. on the same day and will be officially screened from Feb. 26-28.

​It will be released through the Berlin International Film Festival and then released in local theaters this spring. 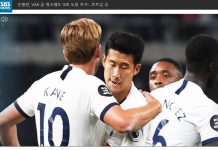