United Nations sanctions experts are warning people not to attend a cryptocurrency conference in North Korea in February, flagging it as a likely sanctions violation, according to a confidential report due to be submitted to the U.N. Security Council later this month.

​In August at the Congress, U.N. experts said at a board meeting that North Korea creates about US$2 billion in weapons of mass destruction using its cyberattack program in a “broader and more sophisticated way” to steal banks and cryptocurrency.

​Following a report on July 9 that the North took cryptocurrency through Lazarus, known as the North’s hacking organization, it is seen as a U.N. warning to prepare for such hacking attempts by the North Korea.

​North Korea has been under U.N. sanctions since 2006 over its nuclear and ballistic missile programs. The 15-member Security Council has unanimously strengthened those measures over the years, prompting Pyongyang to look for alternative ways to make money.

​Also, Virgil Griffiths, who was arrested in April for attending a blockchain and cryptocurrency conference in Pyongyang, has been charged by the New York Southern District Prosecutors’ Office with the International Emergency Economic Powers Act.

​Prosecutors accused the U.S. of providing services and avoiding U.S. law without U.S. approval. According to the Web site, the next meeting will be held from Feb. 22 to 29, and the North Korean mission has not responded immediately to the U.N. 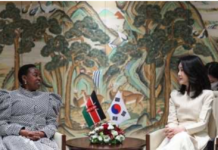 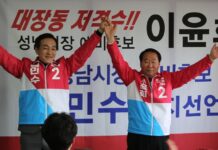